Good friends have become a valuable commodity for our family over the years, something I have written about before and no doubt will write about again, but a few events over the last couple of months have made me realise yet again just how important these friendships are to us. In each case, the thoughtfulness of those friends turned what could easily have been difficult experiences into ones that were a little less stressful, something I always appreciate, but most of all at the moment as we deal with new school years, new medical teams and new jobs. Some of these are old friends, people I’ve known since my own school days who still play an important role in our lives, whilst others are those we’ve got to know as G and M build their own relationships with their classmates, but it doesn’t matter how long we’ve known them, they’ve been there to make a difference when it mattered.

The first event was one of the most stressful I’ve had in a long time and even with this wonderful friend stepping in to help out, it was an experience I would have much preferred to do without. My Mum was away enjoying the wonders of Russia, Mike’s parents had flown home to Canada and Mike was back at his work, which is over an hour away from home even when the trains are running in his favour. For once I hadn’t left leaving work to pick up the children from school to the last possible minute and everything seemed to be under control, so naturally that was the point when everything suddenly went horribly wrong. My car wouldn’t start. Not only would it not start, but even with the engine turned off, the electrics seemed to have a mind of their own and the ignition refused to release my key. Even on the best of days this wouldn’t have been a good thing, but poor G had already had to disappear to the school library for an extra hour after school and I was now left with the dilemma of how to get home and get both kids without a car. Thank goodness for a good friend in our village, in the shape of the Mum of one of G’s friends, who kindly agreed to pick up M from his school, send her daughter to rescue G from their school and hold on to them both until either Mike or I was able to take them home. Her calm acceptance of the situation worked wonders on my frazzled nerves – I had by this point already phoned Mike in tears to tell him that not only had my car broken down, but that I was close to breaking down too – and reassured me that there was no need to panic as all I needed to do was get myself safely home. A couple of hours later I’d been rescued by our local garage and I rescued this friend from having to put up with my excitable duo for too much longer. It probably didn’t seem like much to her, I know it’s something I’ve more than willingly done for other Mums in the past, but it really did make a 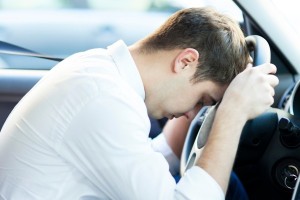 bad situation a whole lot better and helped dampen my panic down to just concerns about how exactly we would manage without a car at all, given we’ve become a 1 car family over the last 6 months (and yes, I can be something of a “glass half empty” person at times and this was definitely one of them). Fortunately, the problem was nothing more than a flat battery and within 24 hours, it had been replaced and normal service had been resumed.

Fast forward a few days to when one of M’s friends brought a smile to his face with a small gesture that made the world of difference to my currently very sensitive lad. As I’ve mentioned recently, M has a well-stocked swap box in the classroom to ensure that he never has to miss out when his classmates bring sweets or treats into school to celebrate their birthdays. M has
become accustomed to swapping out the sweets for a non-edible treat of his choice, but I know that he misses the days when he used to be able to join in just like his friends and could eat a far wider range of foods. He had already brought home a number of Hero Attack trading cards for other birthdays, but I was met at the gate last week by a small boy

with the biggest smile on his face. This good friend and his thoughtful Mum had remembered that M can safely eat Foxes Glacier mints and so had taken a handful of those in for M, whilst the rest of the class enjoyed another brand of sweets. M was thrilled about being treated just like everyone else, his teacher was pleasantly surprised by this thoughtfulness and I was touched by this small step to include him in the thrill of the celebration.

Finally, we come to a recent Sunday afternoon spent with old friends and their family enjoying the chance to chat, play and share a meal. This is a friendship that has lasted over 25 years and which made them an obvious choice when we were choosing G’s godparents nearly 13 years ago. We arrived early afternoon allowing the children plenty of time to hang out and play together, whilst the adults enjoyed some much-needed catching up of their own. We talked about recent job changes, secondary school decisions and summer holidays as well as the ongoing saga of M’s health and hospital care; and before we knew it, dinner time had arrived. To our surprise, and M’s absolute delight, this wonderful couple had decided to cook a dinner that was completely M-friendly for us all and so we sat down to enjoy chicken kebabs, chicken goujons, rice, cucumber and some delicious applesauce together.

M felt a part of the proceedings in a way that was fantastic to see and when pudding arrived on the table – a safe baked rice pudding with more lashings of the applesauce – he was beyond ecstatic. That simple show of solidarity with our boy was amazing to see and whilst they didn’t think twice about doing it, was a thoughtful gesture that made an impact on us all. M didn’t feel that he was missing out on anything the others was eating and it perhaps gave them a small insight into what he lives with everyday.

As you can see, friendship has many faces and each of them, in their own particular way, makes a difference. I don’t think any one of those individuals thought they were doing anything out of the ordinary or extreme, but without those gestures our life would be far more challenging and a lot less fulfilling and colourful than it is.

2 thoughts on “The many faces of friendship”