Our 10 days in Portugal were wonderful and just what we all needed. We had great fun, lots of sunshine, delicious food, family time and a chance to get a break from all that’s been going on at home. It’s been a busy few days, so these are just a few photos to share that capture our fabulous holiday: 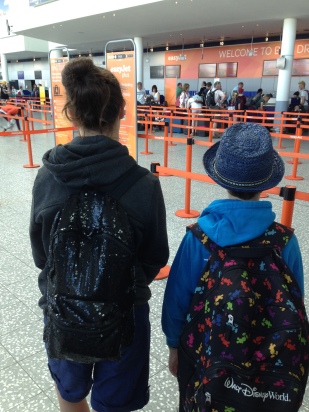 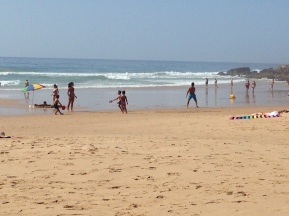 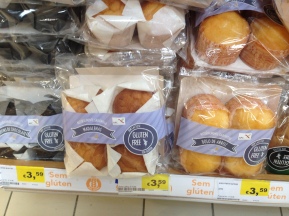 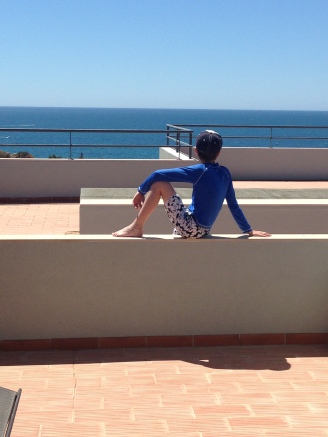 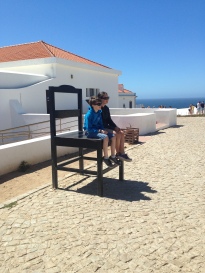 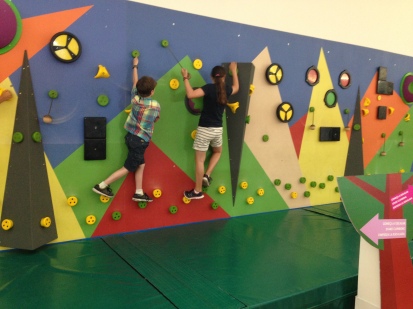 “When you get home, tell them of us, and say:

For their tomorrow, we gave our today” 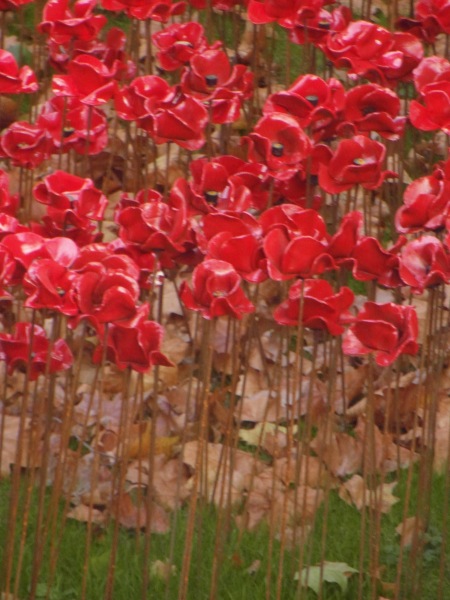 The same weekend we dipped our toes into the Wagamama dining experience, we also visited the Dr Who Experience in Cardiff. This was a trip that has been a long time in the planning and which was the result of M winning the Grand Prize at the Big Bang Science Fair that we attended at the NEC earlier this year. There has been a fair amount of to-ing and fro-ing to settle on a date that suited all involved, but finally the day arrived and the whole family, plus one extra excited 9 year-old, started on our way. We arrived at Cardiff Bay bright and early and meandered our way in the glorious Welsh sunshine towards the purpose-built centre, following an eager M, his friend N and a slightly less certain G.

Our visit started with the interactive tour, which led us on an intergalactic adventure to help 12th Doctor, Peter Capaldi, save the universe. It starts in the Gallifrey Museum and weaves it way through various unmistakeable Dr Who locations before reaching its thrilling conclusion. 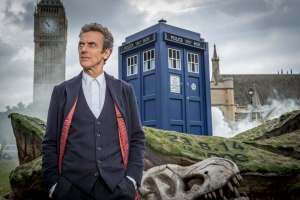 Despite the initial reluctance of both M and G, neither of whom are fond of loud noises, darkened rooms or unexpected surprises, we made our way through unscathed and N, a much more avid Dr Who fan than M will likely ever be, eagerly took up the challenges we faced. The experience asks that no photos or filming is done during the interactive tour to ensure there are no spoilers out there for future visitors and we were more than happy to oblige.

Adventure completed, we headed into the exhibition hall, which is a veritable feast for any die-hard Whovian who is lucky enough to visit. I could quite happily have spent a couple of hours perusing the costumes, props and other pieces of memorabilia from the past 50 years of this cult TV classic. I was thrilled to see an original Dalek and various incarnations of the Cybermen, the best-loved classic enemies of the Doctor, placed sympathetically amongst their more modern counterparts. There was a fantastic array of costumes featuring not just those of each of the 13 Doctors seen on our screens, but also a selection from some of their ever-faithful companions. Awaiting discovery around every corner were unimaginable treasures including K9, multiple sonic screwdrivers and the iconic Time And Relative Dimension In Space (better known as the TARDIS to you and me) – both inside and out. We spent a happy hour or so exploring all that was on offer, everyone enjoyed the visit and I think I possibly proved myself to be the biggest Dr Who geek of the family! 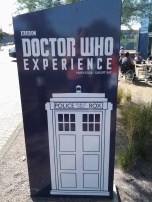 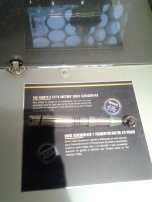 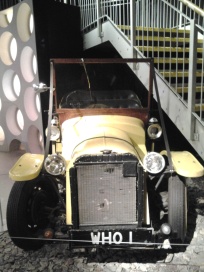 It’s been a quiet and reflective Fathers Day weekend for me and a fun-filled and active one for Mike.  He and the children have been away on the annual “Dads and Kids” camping weekend with friends. A weekend to make more memories as well as looking back at precious ones of the past. Happy Fathers Day to the 3 special men in our lives:  Mike, Grandpa R and my Dad. 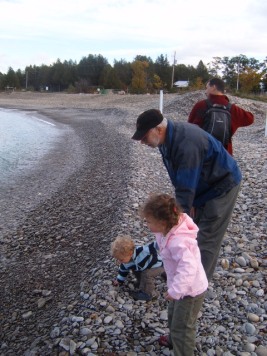 I also want to share this beautifully illustrated short film that takes an emotional look at new parenthood, which can be especially difficult when it starts with an unexpected stay in NICU and is a beautiful reminder that Dads are affected too. When your new baby has to be in NICU, there’s lots of focus on Mum and baby and it can be all too easy to forget about Dad and the emotions he must be facing. With Fathers’ Day this weekend, this is a poignant reminder that things don’t always turn out as planned.

Happy Fathers Day to all the Dads out there

Sports Day conjures up so many memories for me: of races run, giggles with friends, frenzied cheering and the exhilaration of realising that your House has actually won the coveted cup.  A day full of so many heightened emotions and today, for me, held more than any other in the past.  Not surprisingly I wondered what the day had in store for M and worried a little about how he’d manage the races with his cumbersome pump pack strapped to his back and his tube taped to his face.  And it was the end of an era for G.  We’re in to the final stretch:  May half-term is over, SATs have finished, the Year 6 production rehearsals are ramping up and in less than 6 weeks time, my first baby will have finished her Junior school years and “big school” beckons for September.

One of the very many things I love about the kids’ school is that they still hold a competitive Sports Day, where winning means something, but is not as important as team spirit, or encouragement, or taking part. or cheering for everyone in the race, whichever House they represent or whatever position they finish.  I still remember the very first Sports Day I saw at this school, when G moved there half-way through her Year 4 year.  I was instantly impressed by the support and encouragement given to, and by, every year group to each other.  I saw Year 6 boys cheering their peers on, waiting by the finish line to welcome the last child in,

however old they were and thumping them on the back for a job well done. When I saw that I knew that we had made the right decision in choosing this school for our pair and looked forward to them becoming a part of it.

Three years on from that first Sports Day and I stood proudly on the sidelines cheering both my children on. The first half of the morning was occupied with following M’s class around the circuit of team races and the occasional mad-dash removal of his pump pack when it suddenly became evident that neither skipping ropes or sacks were going to work with a heavy back-pack in situ. He took part in every activity and my heart swelled when his entire class chanted his name as he completed a second turn in the sack race for his House. For his lap in the family relay – a team consisting of one child from each year group –

he and I agreed that he could race pump free and with his tube strapped down and, boy, was it worth it. He flew down the track at lightening speed, proving to all watching that his tube really doesn’t stand in his way, especially not when it comes to winning points for his House.

Disappointingly, I couldn’t watch as much of G as I would have liked, but despite only being able to watch her complete one of the initial team races, I was able to cheer her on during what I was thought was her only other event, the over-and-under race.  To my surprise, as she and I stood side-by-side watching M run his relay, surrounded by their House, she announced that she was also running in the Year 6 girls’ relay, a race I would have never anticipated her taking part in as she’s really not a runner at heart.  And so, this year’s Sports Day experience finished in fine fashion with M taking G’s place next to me, cheering his big sister on as she competed in her final race of her Junior school days.

We Shall Keep the Faith

Oh! you who sleep in Flanders Fields,
Sleep sweet – to rise anew!
We caught the torch you threw
And holding high, we keep the Faith

With All who died.

We cherish, too, the poppy red
That grows on fields where valor led;
It seems to signal to the skies
That blood of heroes never dies,
But lends a lustre to the red
Of the flower that blooms above the dead
In Flanders Fields.

And now the Torch and Poppy Red
We wear in honor of our dead.
Fear not that ye have died for naught;
We’ll teach the lesson that ye wrought
In Flanders Fields. 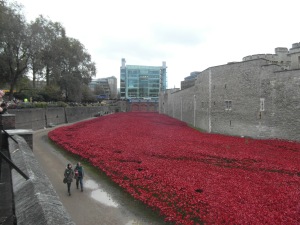 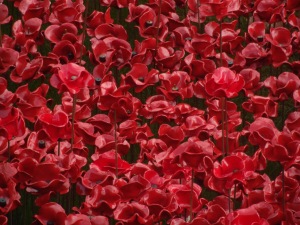 A lot can happen in 10 years and certainly has in our household.  In the past 10 years we have moved house twice; had 2 amazing babies and seen them grow into beautiful children; finally got a series of diagnoses that have explained so much about M’s fragile health and will help him grow stronger in time; changed jobs more times than we care to consider and are finally in ones that we love; and travelled the world, though perhaps not as much as we’d have liked.  Sometimes, in the busy lives we now lead, it’s hard to stop and remember things and people from the past.

Today is a landmark day for me, one that I can hardly believe has arrived and one that has seen my emotions bubbling over beyond what I expected.

10 years ago today we said goodbye to my Dad.

One of the few photos we have of Grandad and G

I was the quintessential Daddy’s little girl growing up and constantly sought his approval and praise in the things that I did.  I know he was proud when I graduated university despite the complications of negligent eye surgery at the start of my final year and he helped me study to pass my accountancy exams just 3 years after I got my degree.  He walked me down the aisle nearly 15 years ago and marvelled at the arrival of his first grandchild a few years later.  I am so grateful for all the precious memories I have with him and yet find myself grieving for those that he never had the chance to become a part of, to share.

Today the children and I have been out in the unseasonably warm autumn air to visit Grandad’s plaque, placed on a neighbouring pier, and left some flowers and sprigs of rosemary – for remembrance – to mark that place.  We talked a little about him and I shared some memories of the grandfather they never got to know and love.  And tonight, Mike and I will be lifting a glass in his memory as yet another year without him slips past. 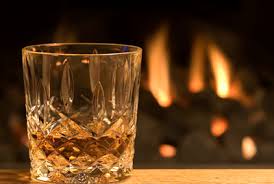