This restaurant chain has long been a favourite of ours, even before the days of M’s extreme restrictions, and was one of the very first that we ventured back to once we had successfully got 3 foods back into his diet in 2015. We’ve visited their restaurants in various locations across the UK – London, Bristol, Milton Keynes – and have unfailingly had great service and understanding about the risks surrounding food allergies. So I was disappointed recently to see a Twitter conversation where fellow allergy-sufferers had not had such a good experience and indeed where one had suffered a severe anaphylactic reaction when her request for no soy beans in her food had been ignored. 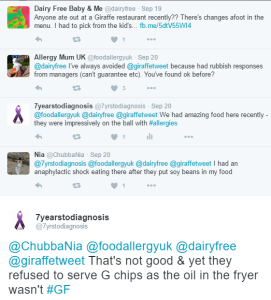 Naturally, me being me, I couldn’t help but wade in with my size 8s, not just because of our previous encounters, but because of our most recent and excellent experience at the Giraffe restaurant in the Brunswick Centre. I was so impressed with the impeccable diligence taken in regards to safeguarding my children during our meal that I have been singing their praises far and wide and felt it was about time that I did the same here as well. 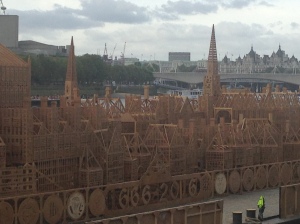 G, M and I had headed there for an early supper following a busy day in London. G had been at her 2nd YPF meeting at GOSH for the day, whilst M and I had walked many thousands of steps exploring the activities and displays on show to mark the 350th anniversary of the Great Fire of London. Once our day was done, we had just enough time to sit down for our dinner before heading off to catch our train home and wandered to the Brunswick Centre because of its proximity to GOSH. The Brunswick Centre hosts a number of different restaurants, most of which we have tried at one time or another over the years, but Giraffe is the one that we most commonly head back to as both children enjoy the food and it is one of the few that prepares rice for M to accompany his meal. 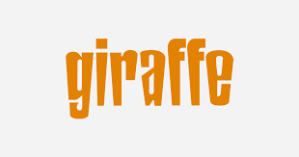 Decisions made about what they’d like to eat, our waitress came to the table to take our order and this was when their attention to details become really apparent. I started by telling her that both children had allergies and she immediately disappeared to grab their allergen listing to run through their menu choices with me. I mentioned that M’s allergies in particular were complex and unlikely to fit the detail given in their book, but she advised me that she had to go through it because she would be asked about it as soon as the order went to the kitchen and that her neck would be on the line if she hadn’t taken that first step of checking it all out. We started with discussing what would be safe for M to eat and she was immediately able to offer brown rice, a grilled chicken breast and cucumber slices, a meal that would more than meet his needs and then we moved on to G.

G had decided she really wanted steak and chips for dinner and whilst there was no problem with preparing a safe steak, the chips were more of a problem. Our cheerful waitress said it was possible that the chips couldn’t be cooked gluten-free as it was dependent on whether the oil in the fryer had been changed since their lunch-time service or not. She immediately headed off to the kitchen to check the situation with the chef and came back to apologise that unfortunately the chips would be cross-contaminated and so we needed to pick something else. G was insistent that she didn’t want rice and I was struggling to spot an alternative as the potato wedges are also cooked in the fryer and so wouldn’t be safe.

However, our waitress came to the rescue and suggested that G had the crushed potatoes as, whilst the menu stated they included dairy, she could request that they be prepared with just a little oil instead. Situation saved!

It didn’t take too long for our plates of food to arrive at the table and we were delighted with the meals that were served. Despite all the hassle with getting G’s meal ordered, the steak and crushed potatoes that arrived looked delicious and she devoured the lot in fairly short order. M munched his way through his dish too and the second chicken breast that we asked for half-way through was prepared and served before he had managed to clear his plate. I really was incredibly impressed with their approach to preparing, cooking and serving allergy-friendly food and how hard they worked to ensure that we all had a meal we could enjoy and remain safe eating. I don’t know if this system is in place across the Giraffe chain, or if it is carried out as thoroughly as it was at the Brunswick Centre, but I’m certain that this is a restaurant we would happily choose to eat at again.