This week is #feedingtubeawarenessweek, a week that our family is embracing with every ounce of our being this year.  Last year I wrote about our 2 previously brief encounters with a NG-tube, knowing that there was an ever-present chance that M might end up needing one at some as-yet-unspecified point in the future.  Just 12 months on and the state of M’s health due to his EGID means that a NG-tube is now part of our everyday family life.  The aim of the campaign this year is to dispel the myths and misconceptions that surround tube feeding and to show that adults and children can live their lives and have fun with the tube in place.  A tube is often the path to improved health and development and should be embraced as such by us all.  Their theme is “The truth about tube feeding”.

M’s friends and class-mates have accepted it as very much part of who M is and have been amazing at looking out for him at every turn without leaving him out of their games.  One friend was so intrigued by the tube and how it worked that I spotted him peering up M’s nostril to see where the tube went, just before M opened his mouth wide and pointed out that the tube could also be seen at the back of his throat – how I love the honest interest of 9-year old boys!  He was more bothered by the Year 3 children at school, who he often caught staring at his tube, but he developed his own coping mechanisms and when asked what “that” was – a question often accompanied by a finger pointing towards his nose – he started telling them it was “…nothing, but a mere figment of your imagination…”, before walking off, leaving in his wake a stream of very confused 7- and 8-year olds.

In light of all this, I was chatting to M this afternoon about his tube and people’s attitudes towards it.  I was interested to find out how he feels about strangers staring and what response he would want them to give instead.  His reply fascinated me as it expressed clearly how much more awareness is needed about tube-feeding and the impact had on those living with a tube. He didn’t mind the idea of people asking me about his tube and the reasons for it, but he isn’t yet comfortable with having to deal with those questions himself.  However, the most telling statement was this one:

“Adults should know not to stare, but sometimes they do and I don’t know why”

and that, in turn, made me think about how I feel about M and his NG-tube.  Hospital, home and support groups all exist within a protective bubble, where nothing is unusual and normal is defined by each individual and their particular needs.  It’s only when you go out into the outside world that you suddenly come up against opinion and prejudice and the harsher side of life; against people who don’t understand that this tube is bringing nutrition and healing to my child and who find themselves unable to pull their eyes away from the tube stuck to the side of his small face. 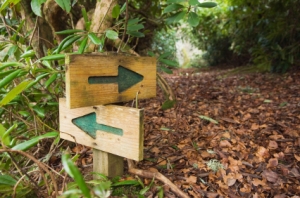 We’ve been lucky and haven’t experienced negative comments or unwanted interest.  Yes, I’ve seen the intrigued looks or double-takes as passers-by register his tube, and I’ve received the sympathetic smiles from other parents as they’ve watched me attaching his pump or silencing the alarm, but nothing more.  We’ve been fortunate to have the most amazing support from the families and friends who are part of FABED, many of whom have been in the same boat at one time or another and know how it feels to be suddenly following a slightly different path through life than the one we thought we were on.

Today, I found an article written by Traci Nagy, the founder of the Feeding Tube Awareness Foundation, in 2013 to discuss the importance of feeding tube awareness and thought I’d share with you this excerpt that sums up for me just why awareness matters so much to families like mine:

So, this week we’re the family proudly sporting the “I love a Tubie” t-shirts accompanied by the live-wire that is our very own “Super Tubie”.  Stop and say hello and don’t be afraid to ask me questions, but let M get on with whatever he’s doing.  We’re hoping to raise awareness and are happy to start in our community, after all, we know that every journey begins with a single step.

2 thoughts on “A Super Tubie of my Own”