I have tried to write this post over and over again tonight and, having reached draft number 4, I’m still not 100% happy with it.  I’ve really struggled with how to put this past week into words without sounding long-winded or overly-dramatic or twee.  It was a tough week for us all and I’m not sure that there are really words that can encapsulate our emotions and reactions.  All I can try to do is to share our experiences and give you a sense of where we are now that we’ve reached the end of it all.  I’ve decided to split the week into more than one blog-post as there is just too much to share in one simple offering. 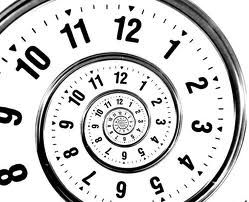 The first day was filled with long waits and I wish that this had been something I’d been prepared for, but my survival guide gurus hadn’t pointed this out as a possibility.  I was naïve in believing that the process of getting M booked in and admitted onto the ward would be a straightforward one, especially given the chaos of sorting the appointment out, but I had successfully talked myself out of my anxieties and lulled myself into a false sense of security.

Despite my last phone conversation with S confirming that I needed to have M at GOSH for 10am on Monday morning, the information hadn’t fully trickled through their systems and we started the day with a 20-minute wait to even get into the waiting area for the ward.  Having found M’s notes and confirmed that we were indeed due there at that time – no, it wasn’t a figment of my imagination –  we were then subject to a further 1 hour and 20 minutes waiting before M was seen by a nurse.

Fortunately for me, M discovered a sympathetic father in the waiting room, who was able to help him get the x-box working and gave him tips on how to play Lego Indiana Jones on it.  M and another boy tackled the game together whilst I took a seat nearby, where I was able to keep an eye on M as well as listen out for his name to be called.

Indiana Jones – a great distraction for a long wait

Eventually I heard M’s name and the process of getting him booked in began.  His measurements was taken, discussions were had about when and how to tackle the various medical procedures that were needed over the next few days and finally we were shown to his bed.  It was at this point that the nurse apologised for the delay, “But we hadn’t been expecting M until 4pm” she said, I shrugged my shoulders and inwardly sighed.  We had a bed, the nurses were going to get the NG-tube fitted later to start him on the Klean-prep (a strong laxative) and all we needed for the time-being was some lunch.

Unfortunately, we had waited so long to be admitted that it was now too late to arrange a special diet meal for M and instead he and I wrapped up against the rain and headed out to a nearby supermarket to buy some M-friendly foods to satiate his appetite.  We filled the afternoon with activities and TV as well as participating in a brand new research study that M had been invited to join at the end of the week before. 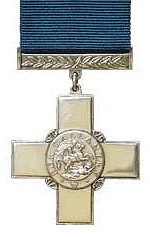 It wasn’t until around 4.30pm that we finally tackled the matter of the NG-tube.  To say that I was, and still am, incredibly proud of my brave little boy is a gross understatement.  This was a new procedure for him and he sat without making a noise as they passed the tube through his nose and down into his tummy.  His distress at the pain was obvious as I watched a single, solitary tear roll down his cheek.  The only sound was uttered once it was in place, “Cuddle Mummy“.  That nearly broke my heart, to hear my usually lively, garrulous and loud lad reduced to a single heartfelt request.

They started him on the first 4 litres of the Klean-prep and so our wait began.  We had no idea whether M was still constipated or not after the summer, so the proposed plan of attack was 3 days on the Klean-prep at a rate of 4 litres a day, adding the standard pre-procedure laxatives of senna and picolax on day 3 and then, if there was any doubt whether his bowels were clear, an enema was booked for Thursday morning before the scopes happened.  By Wednesday, it was looking possible that the enema might be needed, but we finally had the necessary break-through on Wednesday evening and that little joy was avoided.

At this stage, M and I had been more or less confined to the hospital buildings since around 2pm on Monday.  I had been able to pop out to grab meals, but poor M hadn’t been able to leave at all.  We had taken advantage of 2 occasions of being disconnected from his drip and stretched his legs beyond the space of Kingfisher ward.   It had been an interminable 3 days and in very many ways, we still had a lot of waiting to do.

5 thoughts on “Playing the waiting game”