One of my favourite memories of our pre-admission waiting time is when I asked M to tell my Mum what was going to happen once he was in hospital.  I had, of course, expected him to explain, in depth, all he knew about the NG-tube and the pellet study, but roared with laughter when he said, in a small voice lacking in any great enthusiasm, “…hospital school…”

The first few days of our stay were dominated by the administration of  the huge amounts of powerful laxatives and M felt so unwell that he refused to move from his bed.  By the end of that first Sunday, however, the tedium of not being allowed off hospital premises had taken its toll and he was keen to head off to school on Monday morning.  The hospital school accepts that the children may not be able to attend a “full” day there and is happy for any child to be there for as long as they are able to manage.  Each day is split into 2 sessions:  10am to 12.30pm and 2pm to 3.30pm.  They cover the basics of maths, literacy and science, but also throw in other subjects such as IT, art and even PE. 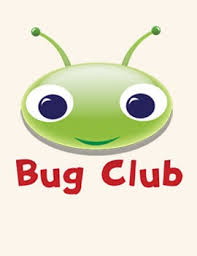 I discussed with the teacher there all of M’s needs concerning his dyspraxia and dyslexia and we talked about all he’d been learning so far at his home school.  He was one of just 4 children in the Key Stage 2 group during his admission and was able to have a huge amount of one-to-one teaching as there were 4 teachers able to work with the group.  They tackled his lack of enthusiasm for literacy by signing him on to the “Bug Club“, an on-line learning resource which tested his reading comprehension skills.  Each time he was able to read a new passage and answer the questions correctly about what he had read, he received a virtual sticker and was moved on to the next text.  He was set up with his own username and password to monitor the development he was making in class and what’s even better is that they have given us all the details needed for continuing with it at home. 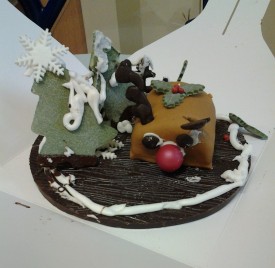 Every morning, M was keen to get up, get ready and get down to the classroom for the start of the school day.  I have never seen him so keen to arrive at school and start working! He had a busy week there and he enjoyed every single moment of it.  From History with the Victoria and Albert Museum to Cookery with the Executive Head Chef of the Hilton Hotel, it was a school week unlike any other.  He even took part in the school’s carol concert in the GOSH chapel, where he read part of the Christmas story.  It proved to be a great distraction from everything else that was going on medically and an amazing opportunity for those children who have to stay in hospital.