The next stage of our Canadian road trip found us driving over 5 hours east from Lake Huron to the peaceful resort of Beachwood, Lakefield to join a number of our friends and their families for a short summer break. We had been lucky enough to book a room in the main lodge for a couple of nights, which gave us the 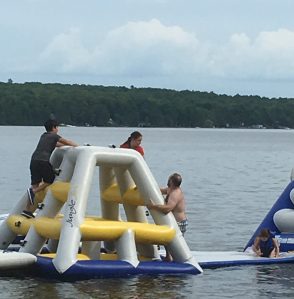 chance to catch up with these friends who we might otherwise have missed. It was also a fantastic chance for both G and M to catch up with some of their godparents, as 2 of G’s godfathers and one of M’s numbered amongst our friends staying at the resort that week.

G and M were both excited at the prospect of spending a few days lakeside and were delighted to find that they could swim in both the small pool and the lake itself. The resort was amazing and we were easily able to walk between our room and the various cottages our friends were staying in whenever we wanted. Our children were the oldest there and soon became popular, G in particular, with the younger crowd. It came as no surprise that they also befriended some of the other children on site and spent a lot of time moving between pool and lake to play games with whoever was around. As well as the swimming, the children also loved the opportunity to go out in a canoe (or should that be kayak?!) with Mike, hitch a lift on the speedboat when it took guests out water-skiing and spent a huge amount of time climbing and playing on the giant inflatable obstacle course in the middle of the lake. It was here that G started to find her inner thrill-seeker, something that came as a complete surprise to us all and was to develop even more as our holiday continued. 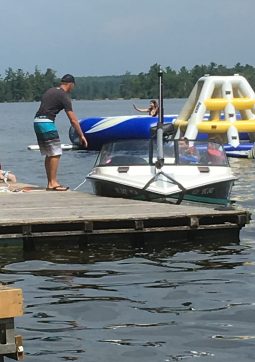 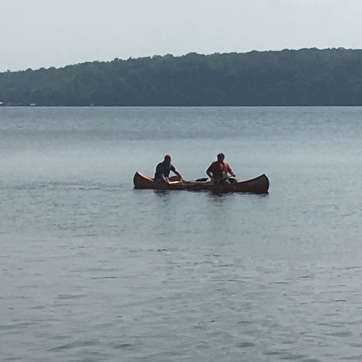 With our couple of days with friends behind us, we travelled south to the town where Mike grew up and our home for the rest of that week. Our primary aim whilst we were there was to visit Canada’s Wonderland, an awesome theme park and one that I had never before been to, despite my numerous visits over the last 20 years! Not only did we have 2 days of incredible fun, but we spent it with the rest of the family we hadn’t yet had a chance to see and both G and M loved every moment of racing around the park and trying out the rides with their cousins. It was here that G’s newly discovered thrill-seeking personality really came into its own 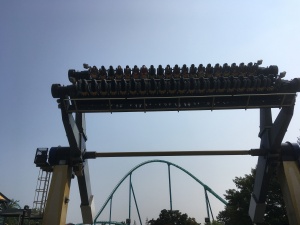 as she and her cousin, H, challenged themselves to ride pretty much every roller-coaster or ride they could find. The boys were slightly less keen to ride the bigger rides, which suited my sister-in-law and me just fine, and quickly found themselves enjoying similar experiences, which were very different to those their sisters were undertaking.

G’s confidence in trying out so many different roller-coasters and rides – there’s only 1 I can remember her refusing to go on which the rest of us did – came as a complete surprise to us all. Our trip to Florida 4 years ago found M being slightly more adventurous than his big sister and I really hadn’t expected things to change as much as they did. It was fantastic to see G and H really enjoy the time they spent together, usually with Uncle Dave, though Mike found himself on some rides that he perhaps wouldn’t have otherwise chosen! It really was an amazing time with both family and friends and we could barely believe that we were heading into the final few days of our holiday as we packed up and moved on to our final destination in downtown Toronto. 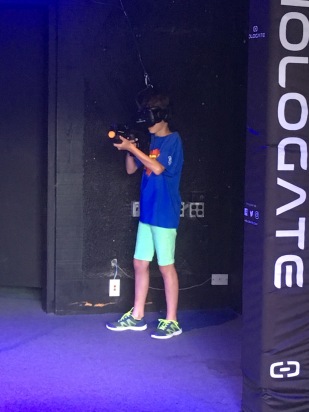 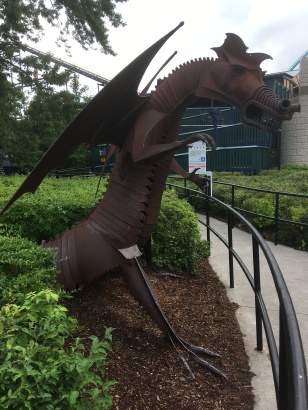