M and his tube at GOSH

With steps 1 and 2 complete, we were now onto the third step, the one which is going to have the biggest impact on M’s life for the next few months.  NG-tube in place, dis-impaction done and pellet study under way, it was now time to move M to an “elemental” diet, one which sees all foods removed from his diet and replaced by a nutritionally complete feed that consists of amino acids, carbohydrates, fats, vitamins and minerals.  The ideal would be for M to drink the 1.8 litres of this feed that he needs each day to have the right amount of calories and nutrients for his age, weight and height, but I knew we had no chance of getting him to do that.  Not only is he a reluctant drinker at the best of times, meaning it would be nigh impossible to get nearly 2 litres of liquid into him on a daily basis, but the feed is truly revolting to taste and even adding generous quantities of approved flavouring was never going to be enough to convince him to let more than a minimal amount pass his lips.  The only alternative was to feed him via his NG-tube, which meant an intensive few days in hospital for us as we worked out how best to give the feeds, the timings and rates that he could tolerate and I was trained on how to manage his tube.

The original plan proposed by the dietitians was that M receive six 300mls feeds a day via the gravity-feeding method, which meant that we would attach a large syringe to the end of his tube and gradually add the 300mls over the duration of the feed to ensure he took the full amount.  The principle of gravity feeding is that you can adjust the speed of the feed as the flow of the liquid is driven by the height of the syringe and the effect of gravity:  the higher the syringe, the faster the flow. The dietitian was keen that the feed be given over around 20 minutes, but it quickly became obvious that this just wasn’t going to be a method that would suit M.  Within 5 minutes of his very first feed starting, he turned pale and grey and complained that his stomach was hurting. The nurse giving the feed adjusted how high the syringe was held, but no matter how the syringe was positioned, things didn’t get better and by feed number 2, the nurses were adamant that this just wasn’t going to work for him, something I wholeheartedly agreed with.  At this point, we were only giving him 200mls instead of the full 300mls, but even that was proving too much for M’s sensitive digestion, so the dietitian finally had to agree to what the nurses were telling her and everything was changed yet again.

Our new routine saw the feed mixed to a higher concentration, meaning that we only needed to get 1.5 litres into him a day and we were introduced to the wonders of a pump.  The pump means that the rate of giving the feed can be at a speed that best suits M and can easily be tweaked as each individual situation requires.  There was a lot to learn in the few days we had as I needed to know and be confident in how to check that his tube was correctly positioned, what to do if it appeared to have moved, how to prepare the elemental feeds and how to attach and properly operate the pump.  There was also the added complexity that the pumps used on ward by GOSH were not the same as the one approved in our community and whilst the principle was the same, the processes were slightly different.  However, by the time discharge finally happened, I was as au fait with this new part of our life as I could hope to be, felt that we could cope at home and, more crucially, had enough medical supplies to see us through the next few days. 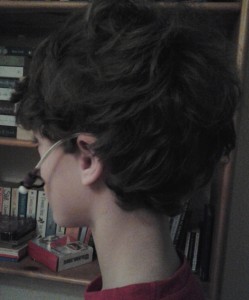 M and his tube at home

Since that first day, now over a month ago, that original regime has been changed and tweaked more times that I care to imagine.  The suggestion of 6 feeds being administered at separate 30 minutes periods throughout the day were impossible for M to manage as he wasn’t able to tolerate the 250mls over either the initial proposed 30 minutes, nor our second attempt of an hour.  It also quickly proved impractical as any issues with the placement of the tube would take at least 20 minutes to resolve and that was time that we couldn’t expect the school to give him as he doesn’t get any individual support.  We soon realised that M wasn’t coping either physically or emotionally with the constant feeding and we have now settled on a routine that seems to work for everyone concerned.  His first feed is a 1 litre one starting at around 6.30am, which is given slowly enough to avoid too many tummy aches or occurrences of reflux and which lasts until the end of lunch-time.  The pump is disconnected at that point and M is able to enjoy an afternoon free of the encumbrance of his pump whilst at school.  The final 500mls feed begins between 4pm and 4.30pm and takes us all the way through to bedtime. 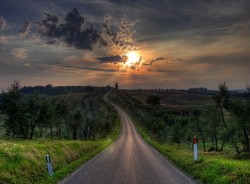 This is the routine that we will be living with for the next month or so and then the task of food reintroduction will begin.  As our local dietetics team has refused to be involved in M’s care, we will be working with the dietitians from GOSH to work out a detailed approach to trialling foods and the order we try them in.  The elemental feeding via NG-tube will continue alongside these food challenges until we have identified enough safe foods for M to eat and get all the calories and nutrients he needs to be healthy.  It’s not going to be an easy or quick task to complete, indeed there is a long and arduous road ahead, but it should be one that leads to more answers for M’s health than we’ve ever had before.

6 thoughts on “The 3rd and final step”