It sounds like one of the Enid Blyton stories that my children have been listening to at bedtime recently.  M and G have been loving the adventures of Fatty, Buster and the rest of the Five Find-outers gang, but this was a mystery set to challenge even the hardiest of intrepid adventurers.

Having received our summons to GOSH less than 24 hours earlier, and laden down with suitcase, backpacks, Lego advent calendar and the ever-present Cat, M and I found our way across London, through those infamous front doors and up to the long-term gastro ward.  We approached the nurses station and were greeted by a bemused looking senior staff nurse, who seemed uncertain as to who we were and why we were there.  I gave her M’s name and that’s when a look of complete panic swept across her face.  His name wasn’t on her master list, she hadn’t been expecting him and at that precise moment of time, there was no empty bed ready and waiting for him.

With profuse apologies and a promise to get hold of the ward administrator, the nurse in charge and the bed manager, M and I were left, with our bags, in the somewhat small and cramped playroom, whilst the mystery of M’s missing bed was investigated.  After the early start to our day and an emotional goodbye to G, I barely held it together as I called Mike with a slight hysterical edge to my voice. The play co-ordinator found a circuit board kit to entertain M and I got chatting to another patient and her Mum, who had just been turfed out their room and were waiting to hear where they were being moved to.  We all sat there for nearly 2 hours, whilst those in charge negotiated, discussed and settled the bed situation for all involved. 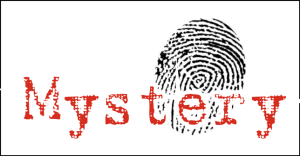 I might never know why the mystery of the missing bed happened or how it was resolved to everybody’s satisfaction, but I’m delighted that, thanks to the hard work of the nurses and the obviously determined look on my face that meant I wasn’t going to take no for an answer, M’s bed miraculously appeared in the “bay” and we could finally get ourselves settled in for the duration.

4 thoughts on “The Mystery of the Missing Bed”