Not long after our January appointment in London, I received a phone-call from one of the research nurses at GOSH.  My details had been passed on to her by the Dietetics team, who felt that M was a good fit for the research project they were currently undertaking.

I listened with interest as she took her time to explain what they were doing and what involvement they needed from us.  The research was looking at the impact of multiple food allergies on the whole family and not just on M, thereby considering the emotional, social, psychological and financial impact as well as the physical symptoms that M suffers.  As soon as we had established that we fitted their criteria, I said yes.  There was no need to consult or discuss with family members, I knew that this was something we had to do.

After 27 years living as a T1D, I have taken part in very many aspects of research and teaching concerning not only my diabetes, but my pregnancy and my eye sight too.  I remember as a child, my parents agreeing for medical students to sit in on my diabetes clinic reviews to learn about treating a child with T1 diabetes.  As an adult, I’ve always agreed to having students in my appointments as I feel that this is a great way for them to get relevant and realistic hands-on experiences in the field.

Back in 1998, I had laser eye surgery to correct a diabetes-related complication with my left eye, Diabetic retinopathy.  Unfortunately, the treatment went wrong and my eyesight was reduced to between 5 and 10% in that eye.  The damage caused by both the condition and the subsequent surgery is unusual and for a number of years, student doctors and newly qualified registrars were brought into my appointments to look at the eye for teaching purposes.

As a pregnant diabetic, I was asked to trial a new insulin that they believed would be effective in improving the health of diabetic mothers during their pregnancy.  Not only did I agree, but nearly 10 years on, I am now using that insulin on a daily basis.  That really is fantastic: seeing the medicine I trialled now being used actively in the daily management of diabetes and improving the control for many.  We’ve also encouraged both G and M to be involved in an important study into whether there is a genetic link relating to T1D.

I believe wholeheartedly that research and study is key in finding answers, treatments and cures for the many illnesses that strike people down.  It leads to an understanding of a condition and how best to support those suffering from it.  Without such research, I wouldn’t be around today to write this blog; I would have lost my life to T1D almost certainly within 4 years of diagnosis and those 4 years would have been spent on a “starvation diet”, which was the only known way to manage the condition.  The work of Banting and Best in Toronto, Canada in 1922 saved and changed the lives of millions of people as they discovered, refined and successfully introduced insulin to the medical world.

In comparison, EGID is a relatively young condition.  There is not a great deal known about it, what causes it and certainly no cure for it.  I felt that it would benefit not just the medical world, but also our family, to be involved in a research study that would seek to understand more about it. 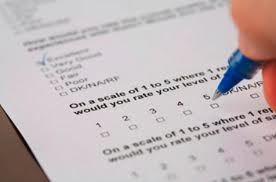 We were sent a series of questionnaires to complete, which included:

We filled these out and our return visit to GOSH in May saw us meeting not just with M’s consultant, but also with the Research team.  The meeting itself encompassed the final part of the research – taking M’s weight and height measurements, using a calliper to measure his body fat from a fold of skin on his arm and performing 20 skin-prick tests to common allergens.  The time passed swiftly, M enjoyed meeting the staff, discovered he was participant number 99 and we left having learned a little more about what they were finding out about multiple food allergies and EGID.

The most interesting thing I discovered on the day is that skin prick tests are notoriously ineffective in picking up allergies in children with EGID.  M did not react to a single one of the allergens tested, not even the 5 to which he currently suffers an allergic reaction.  This is apparently a common occurrence in EGID sufferers as their bodies react internally rather than externally in most cases.  I didn’t know this before and explains why previous skin prick tests always came back negative.

The results from this study won’t be available for a while as they seek to increase the number of children involved in it, but I’m glad we could be a part of it.  We feel involved in the process of learning more about this little recognised condition and M is proud that he has helped out.  We would happily do it all again in a heartbeat and if we are asked, the answer will inevitably be yes.  The truth is that no matter what insight this gives, however small, it will have a huge impact on the future lives of EGID children.