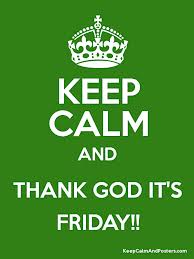 I nearly titled this blog “Thank Goodness It’s Friday”, but I don’t think that would really reflect just how testing today has been.  Yes, today was definitely the toughest day of our challenge so far.  Today was the day when Mike and I only ate what M ate, nothing more, nothing less; even down to drinking the dreaded protein shake.  That last was my biggest hurdle.  The Neocate smells revolting when you mix it up and I still remember having some tentative sips when M first started drinking it *shudder*.  But, I promised M I would drink it, so drink it I did.

Ironically, M wasn’t at school today as they had an Inset day leading into half-term.  Nevertheless, I packed Mike’s lunch as if it was M’s and even got permission from the boy himself that Daddy could borrow his lunch-box for the day.  Well, if you’re going to eat like the child, you might as well get the perks of the Star Wars lunch-box as well!  Below are the photos of the treats that were waiting to see Mike through his day: 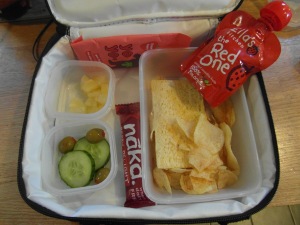 Having M with me for the day has meant that, more or less, I have matched him mouthful for mouthful and at the same times he eats too.  The main difference has been that I managed a sneaky cup of black coffee whilst M had a glass of squash.

As you will no doubt notice, there are a few differences between what Mike ate and what M and I had today.  We had to assume that M would eat as normal and so prepared Mike’s breakfast, lunch and snacks according to an average day in our household.  Who could have predicted that M would decide that he didn’t want breakfast today and had less lunch than usual too.  Nevertheless, despite these minor changes, Mike still had a good idea of how M survives his average day at school.

So, what have I learned from today?  Well, I couldn’t eat the Bear Fruit yoyos regularly nor drink the smoothies, as both were too sweet for my palette.  The Nkd date bar was a revelation as I’m not usually a fan of dates, but enjoyed this far beyond my expectations.  As for the Neocate (protein shake), well, the less said about that the better, though I found it drinkable when flavoured with Chocolate Nesquik.  Mike and M prefer the Crusha Strawberry flavouring, but that was a step too far for me.  Most of all, I have finished the day feeling fairly full which I attribute to the protein shake drunk with dinner.  I wouldn’t want to drink it every day, but I can understand how it leaves M feeling satisfied.

I can’t believe that our week on M’s diet is nearly over and that tomorrow will see the “experiment” come to an end.  It has been lovely to see how excited and proud M has been about us sharing his dietary experiences this week.  He has told all and sundry about Mummy and Daddy eating his food this week and I am so glad that this has been something we could all live through together.  This isn’t the option I would have chosen when we first had M and certainly was never the road I thought we’d be travelling down, but now I really know what a day in M’s life is like.